HISTORY OF THE VILLAGE

FIRST REFERENCE TO THE VILLAGE

Researchers have searched for the first mention of Lelekovice as far back as 1288. A document printed in the Codex diplomaticus Moraviae was discovered, according to which Hartman of Holštejn donated his property in Studynia (today a defunct village near Zbýšov) to the monastery in Oslavany. Heřman of Lelekovice is mentioned among the witnesses of this legal act. This is the earliest recorded mention of Lelekovice and has been established as the beginning of the history of the village, although the actual settlement is demonstrably much older.

The settlement site was conveniently chosen on the edge of deep forests, at the confluence of two streams. The location provided the inhabitants with building materials, fuel and livelihood from hunting game and cultivating farmland, as well as from trade with the nearby town of Brno and the then still independent Královo Pole. The trade included wood, gravel, quicklime, agricultural products, meat and fish.
The trade route from Brno to Prague, passing one kilometre west of the village, was also of great importance for the life of the inhabitants of Lelekovice. On the south-western side of the hill, which fell quite steeply to the confluence of the streams, a fortified settlement was built - a castle or fortress. The castle was approached from the northeast. From the other sides it was protected by ponds, which spilled under the castle, as well as by steep slopes.

In the outer wall of the Lelekovice church, in its south-eastern part, a sandstone stone measuring 118 x 50 centimetres is built horizontally into which a cross is carved. It is probably the tombstone of a prominent person from the 13th century, which was secondarily walled up during the construction of the sacristy with the tower. It is quite possible that it is the tombstone of one of the parents or grandparents of the first mentioned vladyka of Lelekovice.

In the Middle Ages a castle stood in front of the church in Lelekovice. It belonged to the vladyks of Lelekovice, who had their seat here. It was probably built in the 1440s. 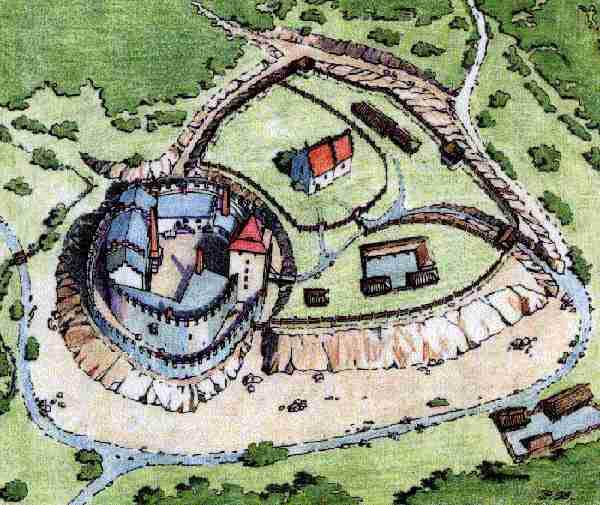 The castle had an oval ground plan and was surrounded by walls. The main building was a several-storey palace. It was reached by a tower gate with a drawbridge. In the 1490s, the castle was extended by another (parcan) wall and other buildings inside the castle. But during the fighting between the administrator of Moravia, Margrave Jošt and his younger brother Prokop, it was still captured. Since then (the beginning of the 15th century) it has been lying in ruins and has been dismantled for other buildings in the village. In 1984-1990 a very thorough archaeological research was carried out here. It found the remains of walls, many Gothic bricks, stone window linings, shards of pottery and tile stoves, as well as objects such as buckles, a sword, cannonballs from the conquest of the castle or a bone dice. However, as there was not enough money for reconstruction, the castle had to be filled in to prevent weathering and demolition. The only visible original wall of the castle is above the steps to the church.

Lelekovice church is the oldest standing building in the village.
Its origins date back to around the middle of the 13th century. 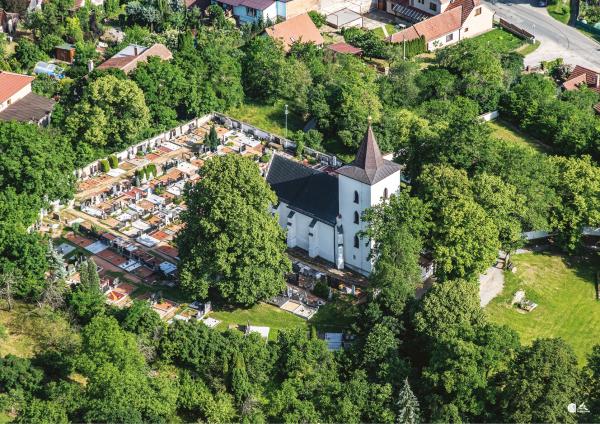 It was built in Romanesque style as a small building with a rectangular chancel and a rectangular nave, which was lit on the south side by a pair of Romanesque windows, still visible on the outside of the church. The Gothic Revival style also had a significant impact on the building. The church has been vaulted and the exterior has pillars supporting the new vault. The windows and the remains of the frescoes in the church are also Gothic. A sacristy was added to the south side of the church, lit by a fine Gothic window. Above the sacristy was a wooden tower. 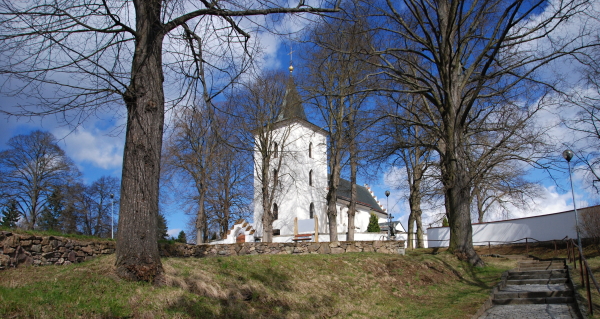 The present church tower was built in 1873. The church bells, which had a turbulent history, were moved to the new tower. During the First World War, two of the three bells were removed for military purposes, leaving only the oldest bell on the tower. After the end of the war the bells were replenished. However, during World War II, both bells were removed for the needs of the arms industry and only the oldest bell remained on the tower. In 1957, the Kovolit plant in Bohemia cast the two missing bells and repaired the oldest bell. The oldest bell, which bears the year 1516, was thus preserved on the Lelekovice church. Its voice can be heard only three times a year - at Easter, Christmas and New Year.

Change in appearance, Structure of pages, print out